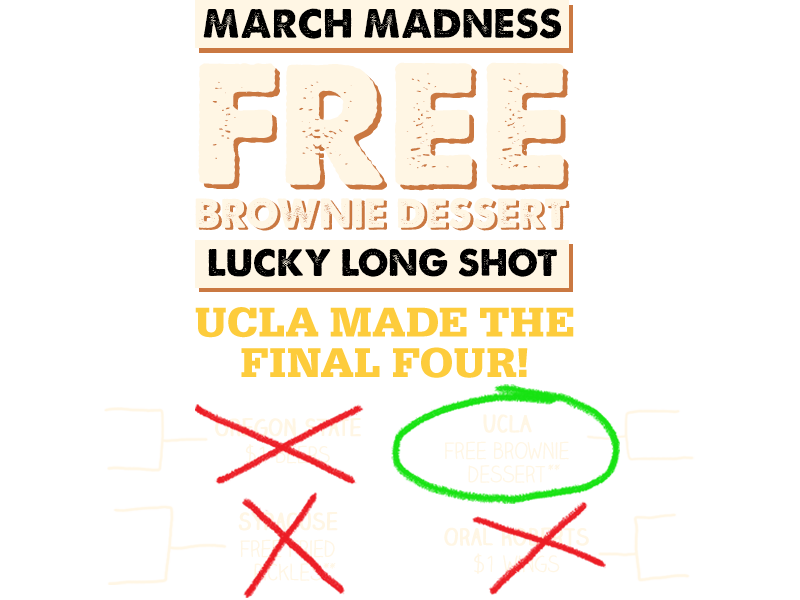 The special is dine-in only and will only be available when the first game tips off at 4:15 until the second game ends.

*Available with the purchase of two adult entrées. Limit one order per table.

IT'S TIME TO ROOT FOR THE UNDERDOGS!

Now that your bracket is busted, it's time to cheer for the underdogs!

We've assigned a special* to each of the four biggest underdogs. If any of these four teams make the Final Four, everyone gets that special during the Final Four on April 3rd!

*All specials are dine-in only. **Available with the purchase of two adult entrées. Limit one per table.